Very good news for Skitch users out there. Evernote has released Skitch 2.0 (free), a very welcome update to the Skitch app (first reviewed here). Skitch is a screenshot and photo annotating app that is very easy to use. With this update, all your Skitch images are synced immediately into Evernote into a notebook appropriately called “Skitch“. Beforehand, you had to tap a few buttons for each image to be sent to Evernote. Now, Skitch files will be made available for viewing on all your other devices: Macs, PCs, iPhones, even iPod touch. If you would prefer not to use Evernote, you can still save to Camera Roll, but there won't be any syncing. However, it only takes a minute to sign up for Evernote if you do not have an account yet. Evernote as a complete service presents countless benefits to improving your organizational skills.

The team at Evernote has made these awesome improvements: 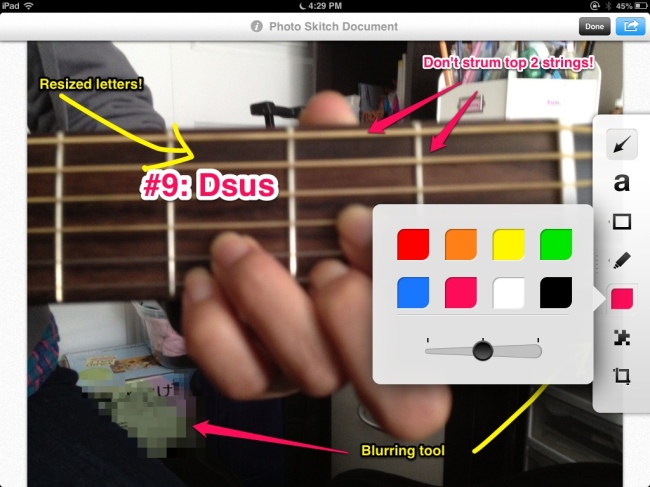 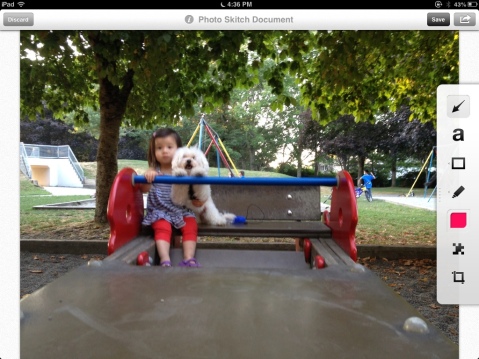 If you were already using Skitch prior to this update, you can import all your previous Skitch images within a few taps (just follow the instructions). Here is my new Skitch folder:

This update for Skitch in my opinion is very impressive. I went on to my newly downloaded iPhone version and was easily able to find and edit something I had just created on my iPad, and it worked seamlessly. Skitch 2.0 now syncs across all platforms. Although it seems like longtime advanced Skitch users on the Mac seem not too impressed with the update (to the Mac OSX, not iOS version), the casual user will find the new improvements very handy. I plan on using this app even more often during the school year. This app has a small learning curve and will continue to prove very useful in the classroom. With this being a free app, Skitch is a must-try for both the experienced and inexperienced. If you have not tried it, now is the time.